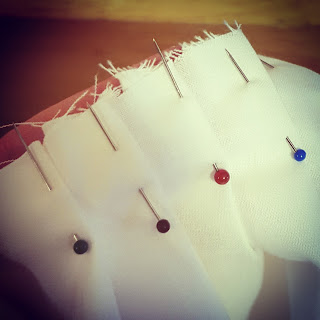 As you may have seen or heard, I recently went to a ball, so there will be several posts related to that coming up.

As I was preparing for the ball, I realized that since a friend was making my ball gown (Sarah Crow, The Preacher Wife’s Gowns and Carr Antiquities (Facebook)), it was my job to make sure I had all the under layers and “shape wear” I needed!

My primary project was a chemise, which functions like an undershirt, basically, and has enough sleeve to keep your underarm from affecting the pretty dress, and gives you a layer against your skin before you put on other things. I didn’t get any in progress pictures on that one except for the picture of pleats at the top of the post! To me, pleats are the simplest and quickest version of gathering a wide amount of fabric into a small space. Some people prefer gauging/cartridge pleating, or prefer gathering. Here’s the thing, though: as long as the pleats don’t have to be perfect-perfect, and can be large, I find I can spend much less time handling the fabric.

I also threw together some drawers, which are sometimes referred to as “bloomers” by non-costumers. Here’s the difference: drawers are “undies”, generally were not sewn along the crotch so they didn’t make you do as many gymnastics while in a hoop dress (and were a kind of automatic seat liner…!), and would not show at all, since they often came to just below the knee. Bloomers, however, nicknamed after Amelia Bloomer (but actually more widely worn and championed by Elizabeth Cady Stanton), were outerwear. They were a form of early pants for women, but still involved a lot of fabric for decency, and were only used in certain situations (such as bicycling and sports) or by certain women (clothing reformers, primarily. And please don’t call either drawers or Bloomers “pantaloons”! I believe that is a later term, and, in any case, is often referring to something seen peeking out below skirts in vaguely historic-esque westerns filmed in the 1960s… 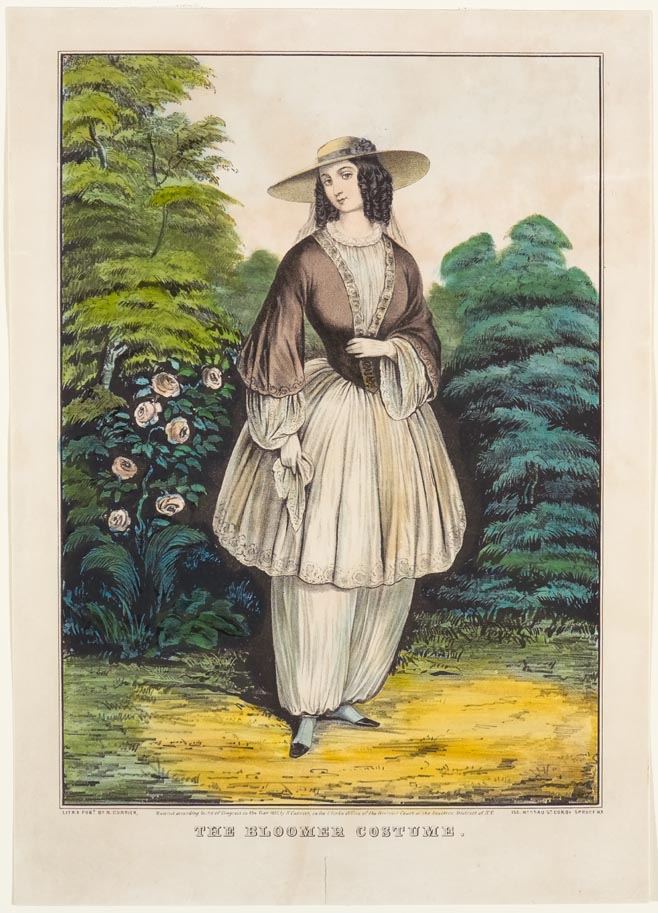 Then once the essentials were taken care of, it was time to work on some invisible accessories. By invisible I simply mean that when fully attired for the ball, you might be able to guess these were there, but you’d never see them. When wearing hoops, they ought to balance around your body a bit like a bell, and a person’s body shape affects how they hang and how well they provide what is called “back thrust” (a bit more hoop behind than in front), which became more and more desired as the 1860s progressed (and eventually developed into the bustle of the 1880s and 1890s).

However, I have a more prominent belly and less going on behind, so my hoops tend to sway forward rather than back. Luckily, I’m not the first person in the last 150 years to have this problem! As a solution, placing a well-stuffed pad where there isn’t any natural padding will help the bulk of the skirts stay in the back.
Based on Elizabeth Stewart Clark‘s pattern in The Dressmaker’s Guide, I came up with these: the left shape is what the pattern gave me, the right shape was me thinking that the first one couldn’t possibly be big enough and must be too wide… Guess who was right? (hint… not me…). The one on the left works beautifully, and gives my skirts a lovely shape. I haven’t used the one on the right, but I’ll keep it for now and see if I find a use for it.
They are made with cotton, cut as 2 crescents, sewn together with wrong sides facing (leave a gap), add the waistband, THEN stuff (if you are using a machine. If by hand, stuffing first gives the advantage of being able to toy with size, fluff level, and placement, but if you try to add the waistband next by machine, you’ll be cursing the day you were born because there just isn’t enough room for the foot to get to where you want the seam. I may have figured this out the hard way.). The waistbands close with buttons. 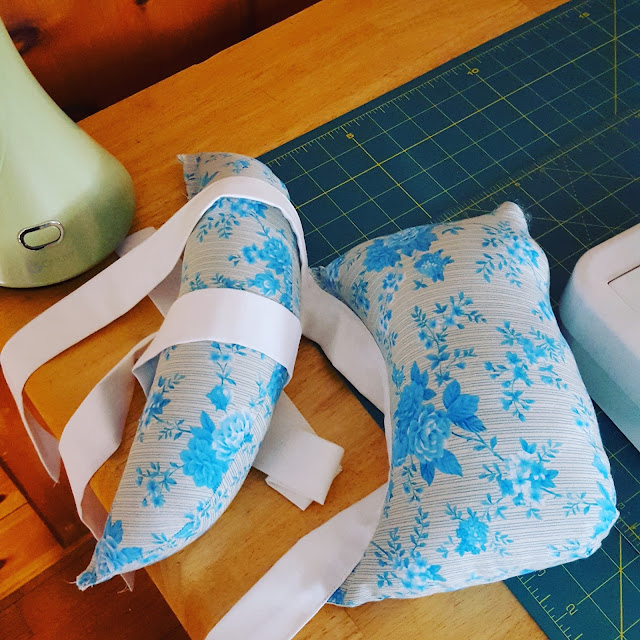 One of my sisters asked why I was using such a fancy fabric. The answer is twofold: I had it on hand with no plans for it, and it’s pretty! It is not a reproduction fabric, and in fact is not even one I bought with this era in mind. It is, however, close-ish, AND, more importantly, not visible from the outside! I try not to make non-period concessions like this, but… SO PRETTY!!!

The second thing I made with the ball in mind is a pocket, which gets tied (or buttoned) around the waist beneath the skirt. Some skirts had pockets sewn in, but some didn’t. However, most had a closure or a slit placed in such a way that you could reach through and into this style of pocket. I had one before, but it wasn’t pretty (!) and was so shallow I was worried I’d constantly loose things. This one is almost too deep! I love it though!

It is made with cotton. The front is 2 pieces that add up to wider than the back, so I could make a seam down the center with a slit in the upper portion as the access. The waistband (which could be narrower) is long so I can tie it on, but you could do buttons if you wanted to. 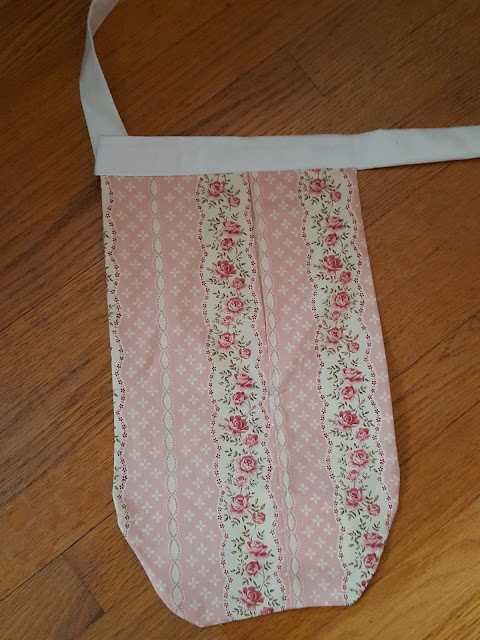 See you soon with 2 posts about new dresses! Lots of posts in the works, guys!