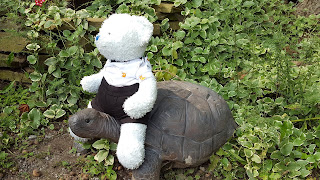 Dear Friends,
Hubby and Pookie and I recently took an excursion to a local privately owned animal park. These tend to be smaller than zoos, sometimes allow more feeding animals, and occasionally are more focused on rescue or philanthropy, though that depends on the particular institution. Some are great, some have strong downsides, and most are mixed. And most are a lot of fun!! Especially when they are good for Pookie pictures. Well, let’s be honest, he’s so photogenic I could him practically anywhere.

While overall the park had a decent selection of animals that looked generally well kept, there were a few detractions:
1) because feeding was allowed and encouraged for all animals except a few dangerous ones, they don’t behave like the animals normally would and tended to crowd the fence and beg.
2) the layout was a little awkward, due to the hill in the middle of their land.
3) the signs were minimal and uninformative. Type of animal was basically all you could hope for, maybe the animal’s name. No further info.
4) the space was fairly restricted. It looks like they do conform to minimum space required per animal, but not necessarily much more than that.

Aspects they did well:
1) good variety of animals.
2) space seemed adequate per animal.
3) animals did not appear overweight or unhealthy, and signs did indicate a few times that there was a known issue and the vet was aware and involved.
4) small child play areas.
5) signs clearly indicated which animals could not be fed or needed caution.

I was personally disappointed that the tigers were out of sight, but that’s not their fault!