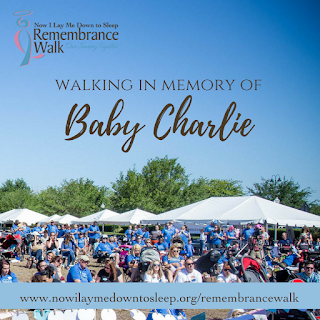 Yesterday we went for a walk in Columbus, as participants in the NILMDTS Remembrance Walk, which I have periodically been telling you about as I asked for donations to sponsor our walk. Well, it finally happened!

We drove down to Columbus early in the morning, which takes about 2 and a half hours. Despite some rain at the beginning, some construction, and watching the NILMDTS Facebook page closely in case of a cancellation, the drive went smoothly. I am not used to being up as early as that, so I was having trouble waking up, but I think part of that was also nerves. One of my general personality traits is to be a bit more anxious, and grief magnifies that majorly, so being around large groups of people who I don’t know can make me very cranky or even upset, depending on what else is going on.

That said, we found it easily enough, and checked in at their registration booth and got our cool event shirts, and found a place to sit. The park it was happening in has amphitheater-style seating built into the hill leading toward the river, and the event tents were at the base of that. People were gathering, so it didn’t feel like too big a crowd yet, which was nice, and hubby and I met up with my dad and one of my sisters, who joined our team for the walk! It was super nice to have them there as support, but they also lost Charlie, just with a different relationship, so I hope they also felt loved and supported at this event.

When it got close to time for the ceremony to start, we used our butterfly ticket – and the surprise extra tickets from my dad! – to pick up the butterflies to release in Charlie’s memory, once they got to his name in the readings. So we had little butterfly triangles, and as they warmed up in our hands while we listened to the ceremony, we could hear the butterflies start to try to flutter and move in their little boxes.

As we walked back up the steps to our seat, it really hit me: the crowd was large, and every single person either lost a baby or directly knows someone who did… and statistically, this was not even the tip of the iceberg. This is an invisible tragedy.

The keynote speaker was the CEO of NILMDTS, and she is 10 years out from her first loss, and she talked about how she had several subsequent losses, too. She then structured her talk about how each year her grief changed, and it seemed that as time went on she did not forget her children, but the intensity of the grief abated. At least, that is what I got from it, which to me was a promising message, that at some point I can miss Charlie and be sad, but not hurt so much when I remember him. I don’t want to make it sound like I was only listening analytically, though. My heart was also listening, and remembering Charlie, and hurting and missing him. I was very glad of the pack of tissues we got in our registration tote bags…

After the speaker and a few songs, the readers began reading out all of the names of the babies being honored at this walk. I didn’t count, but dozens and dozens. When each family got to the name of their baby, they could release the butterflies. 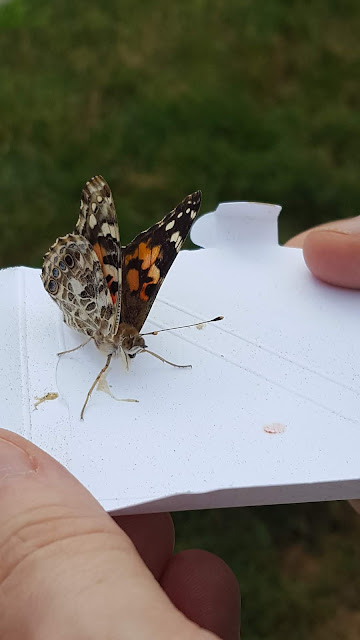 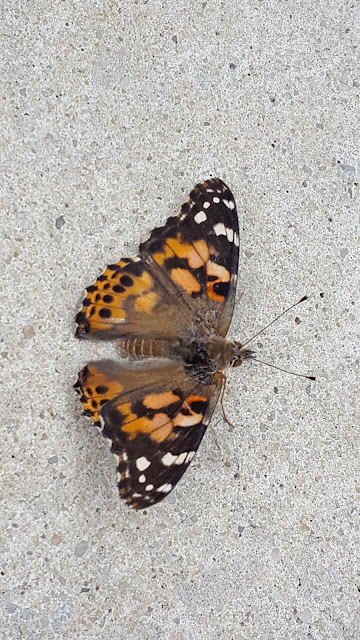 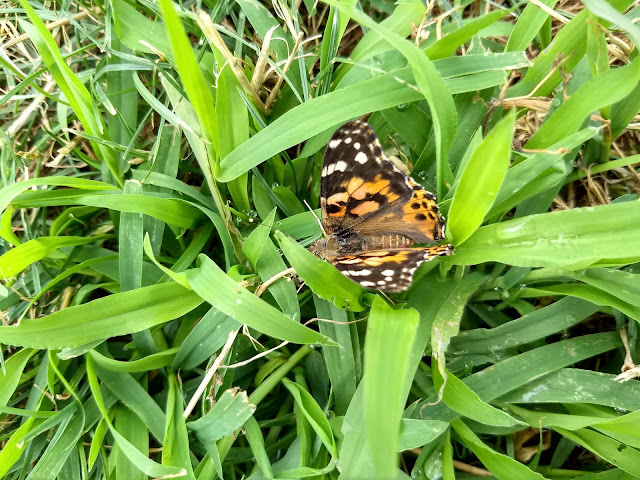 After the ceremony concluded, volunteers helped guide everyone onto the walk path, which was over a bridge, along the river, and back over another bridge to make a loop, which was only about a mile and a nice leisurely walk, along which signs were placed with the babies’ names. For those who raised at least $125, there were also signs with individual babies. I would like to thank all our supporters, because due to your help, hubby and I got to take home a beautiful sign with Charlie’s name and picture on it, along with a verse I picked out from the hymn “When Peace Like A River (It Is Well With My Soul”. Not only does this hymn mean a lot to me because Charlie kicked and danced mightily when I was pregnant, but I also learned that it was written by a man who lost children himself, as he sailed past the place where the ship they had been on had sunk. 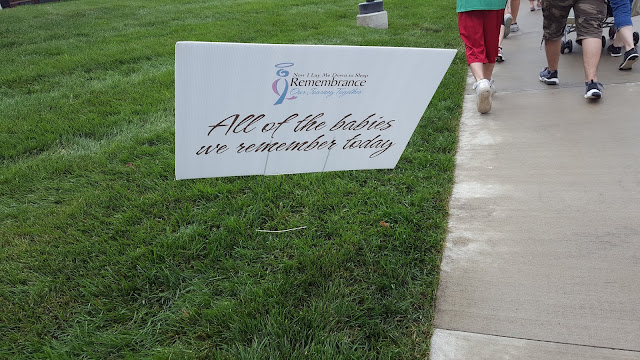 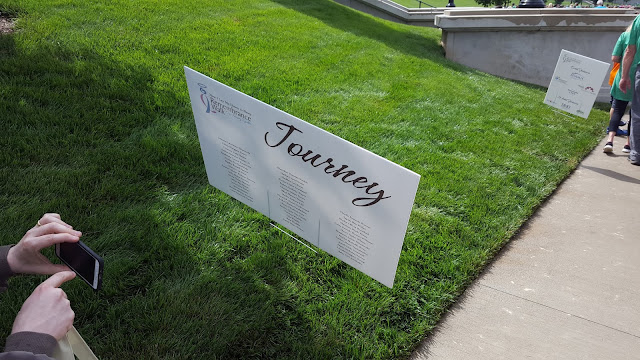 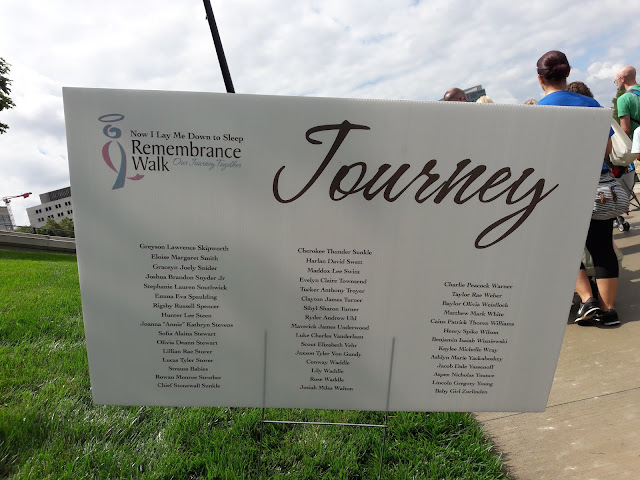 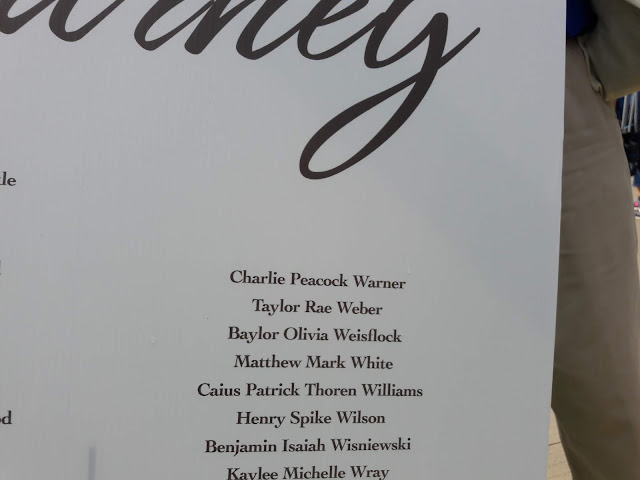 In the program book, the reading, and also on the signs with many names, the babies were listed alphabetically by last name. I’m not certain whether or not the signs for the individual babies were or not, but I think so… at least, Charlie came pretty far along. Here’s his beautiful sign: 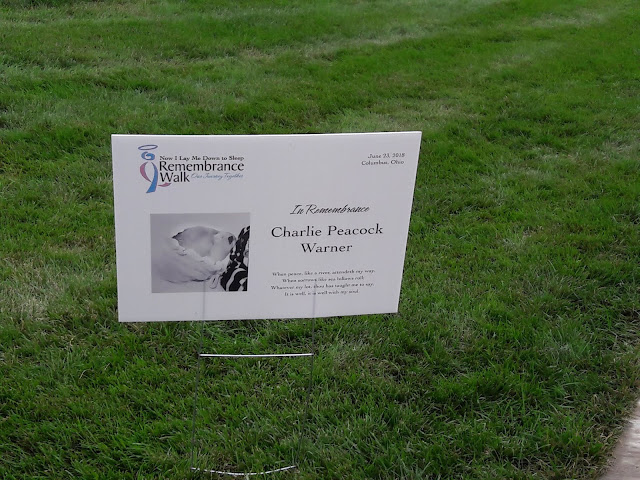 Thank you for all of you who contributed to our fundraising, which goes directly to the NILMDTS organization to provide more families with photographers like we had. I’m so glad we had an opportunity to go, to honor Charlie, and to help this great organization.