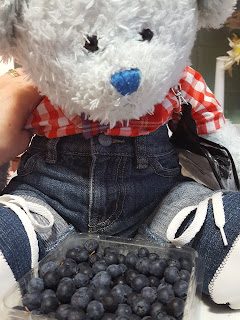 You may have noticed that Pookie (our weighted Molly Bear) comes with us to a lot of places. He’s our avatar for Charlie, but in a way, we have attributed a sort of imaginary personality to Pookie himself, and he’s a member of our family too, in a way.

Grown women don’t often carry around teddy bears, though. So as you might imagine, I do receive a lot of comments about him, and between my own feelings about being seen with a stuffed animal, and worrying about the comments, I consider very carefully where I’ll take Pookie.

In fact, some of the comments got to the point that I knew I really needed a good way to reply. Of course, sometimes people just ask: “Who’s the bear?” or something, and then I can say, he’s a weighted bear who represents my son who was stillborn at full term. And that usually satisfies my need to acknowledge Charlie and the asker’s need to know why I’m toting about a teddy. But many people – seeing me carry him on my hip or in carrier, because with his weight, it’s actually easiest to carry Pookie the same way as a baby – say “Oh my God, I thought it was a baby!” without actually stopping to talk to me. They are curious, surprised, and maybe a tad embarrassed that they mis-saw what he was. And I feel like they are being unintentionally rude, because all they are doing is loudly calling attention to me with no follow-up. These comments are the ones I most needed a reply to – something I could use quickly, but also keeping the interaction to a minimum because they clearly are ready to move on. After some consultation with my therapist and much cogitating, I came up with a reply: “Here, this card explains it!”. And I whip out one of these, and let them move on or engage as they feel comfortable.

I’ve found that generally this does the trick. Some people just say ok, some hand the card back, some choose to ask further questions or share a story of a loss of their own or one they’ve heard of. All of these are great: No matter what, Charlie has been acknowledged, Pookie is explained, I now have a reason for my quirk in the stranger’s eyes, and if I’m really lucky, they’ve learned about loss or at least thought about how they addressed me.

Of course, most comments aren’t as clear cut. Some ask about Pookie in whatever context I’m in – like asking why he’s going to the doctor, when I have him with me in a waiting room (to comfort me, actually), or asking if he eats a lot, like when we’re in a restaurant. Some just make comments, and I can either choose to play along – even bears need well child checks, he only eats lots of blueberries – or I can choose to explain a bit more. In any of these middle ground cases, my response is based on the tone and approach of the person talking to me, and also on my own emotional state at the moment.

Why do we bring Pookie with us to restaurants?

One of the more common places that we do choose to bring Pookie is to restaurants. Usually when both Hubby and I are there, or if I’m having an emotionally difficult day.

Why do we bring him anywhere? Partly as emotional support, and partly as an ambassador. Because people ask questions, Pookie’s physical presence is often an impetus for engagement, spreading awareness and helping people understand. I’ve often met people who have had losses this way, and in those situations, if their loss was recent, I can help them connect with me or other loss parents, or find resources.

But despite everything I’ve just told you about the types of comments, and types of replies, and the comfort he gives me, I’ll be honest and say that I have the most fun photographically capturing Pookie’s personality!!! 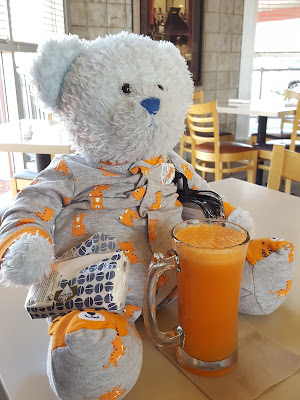 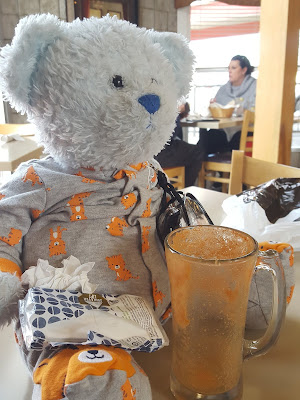 With a healthy drink, and a pack of tissues for mama… and after Pookie downed the whole thing!!!

These next ones are in sequence: Watch the spoon!!! 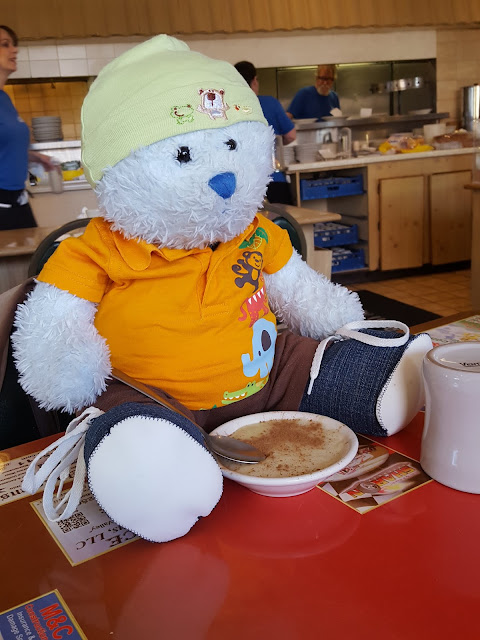 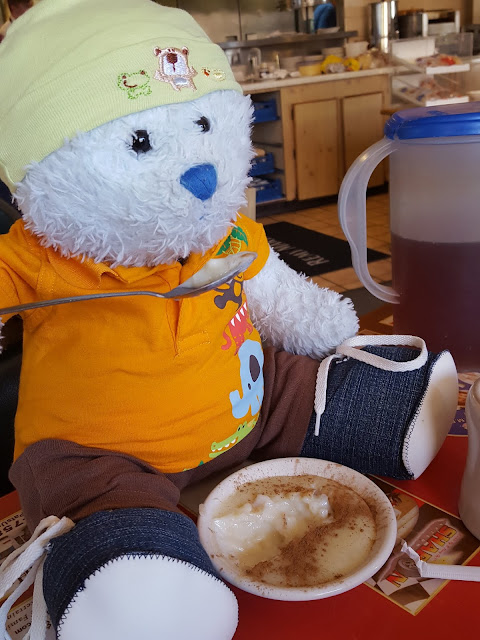 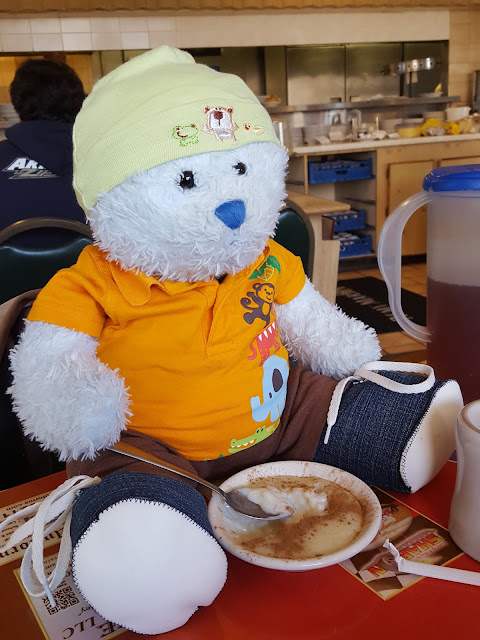 Hope you enjoyed hearing about Pookie’s job and Pookie’s fun!