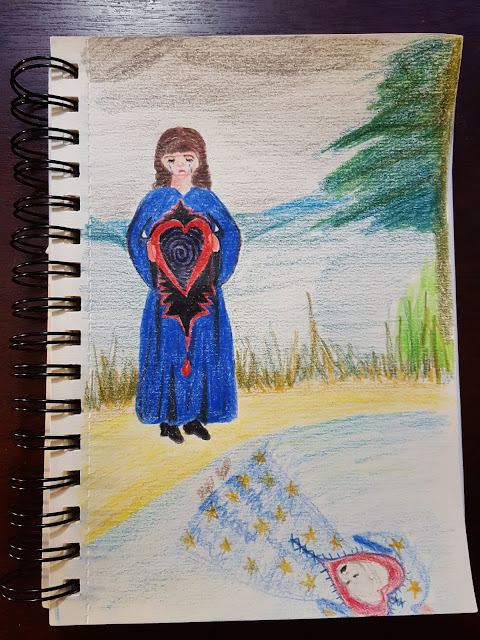 In honor of Pregnancy and Infant Loss Awareness Month, I am focusing on topics that will help friends of families going through the loss of a baby, geared toward making common topics accessible to people outside the “loss community”.

Previous posts in this series include:

Pregnancy and Infant Loss Awareness Month (an explanation)
What can I say? Ideas on how to talk to a grieving friend
Wave of Light
A brief glossary of pregnancy and infant loss

Please note that I have previously explored today’s topic: By The Numbers, but that I try to make the numbers/statistics accessible today.

What is Pregnancy Loss, and how common is it?

How you define different pregnancy loss types definitely affects how the numbers tally up, so let’s take a look at how things come together.

Miscarriage (usually defined as a loss within the first 20-25 weeks of pregnancy) is a tricky one, since really early loss is sometimes so early that the mother might not even realize she’s pregnant, and may think the loss is just her next period. Those are impossible to count, though, since a mom would never be able to report that she was pregnant and then lost it. Early pregnancy detection tests mean that people do find out much earlier than they used to, so more people are aware of early losses than in previous decades.

There is data out there about miscarriage frequency, but since it’s hard to pin down (what if you only have one positive test and then a period? Was that a pregnancy?) the numbers are less concrete. Once I find solid sources, I will share.

However, stillbirth (a loss within the second half of pregnancy, all the way up to what would be a full term birth) has more solid data. In the US, a stillbirth is considered to be any loss in week 20 of pregnancy or after. According to Global Health Organization standards it’s the 25th week and beyond. In both cases, it is when the baby is not born alive (https://www.cdc.gov/ncbddd/stillbirth/facts.html).

In the US, the CDC (Center for Disease Control) is one of the main organizations that keeps track of health data, including death. They say that about 1% of all pregnancies end in stillbirth. That would be 1 baby in 100 – which is a lot. According to WHO (the World Health Agency), who is an international organization, the worldwide rate is actually about 1.8% – which is like 1 baby in 50, which is even more awful. Not only that, but many of these deaths could actually have been prevented (http://www.who.int/reproductivehealth/topics/maternal_perinatal/stillbirth/en/).
Note that these are worldwide rates…

According to WHO, “Every year, worldwide, […] 2.6 million babies are stillborn” (http://www.who.int/mediacentre/news/releases/2016/stillbirths-neonatal-deaths/en/).

Pregnancies as a Whole

The number that is often thrown around is “1 in 4” pregnancies results in loss. I am having a hard time finding good sources to document this, but I would just like to point out that it is 1 pregnancy out of every 4, not women, not mothers, and this does seem to include stillbirth statistics, as well as the nebulous and hard to estimate miscarriage numbers I mentioned above.

To sum up, worldwide, 2 in every 100 babies dies in the second half of pregnancy. If we add the whole pregnancy, it might be as many as 25 in 100. That’s a quarter of the babies, folks, 1 baby in every 4. This is a huge problem.