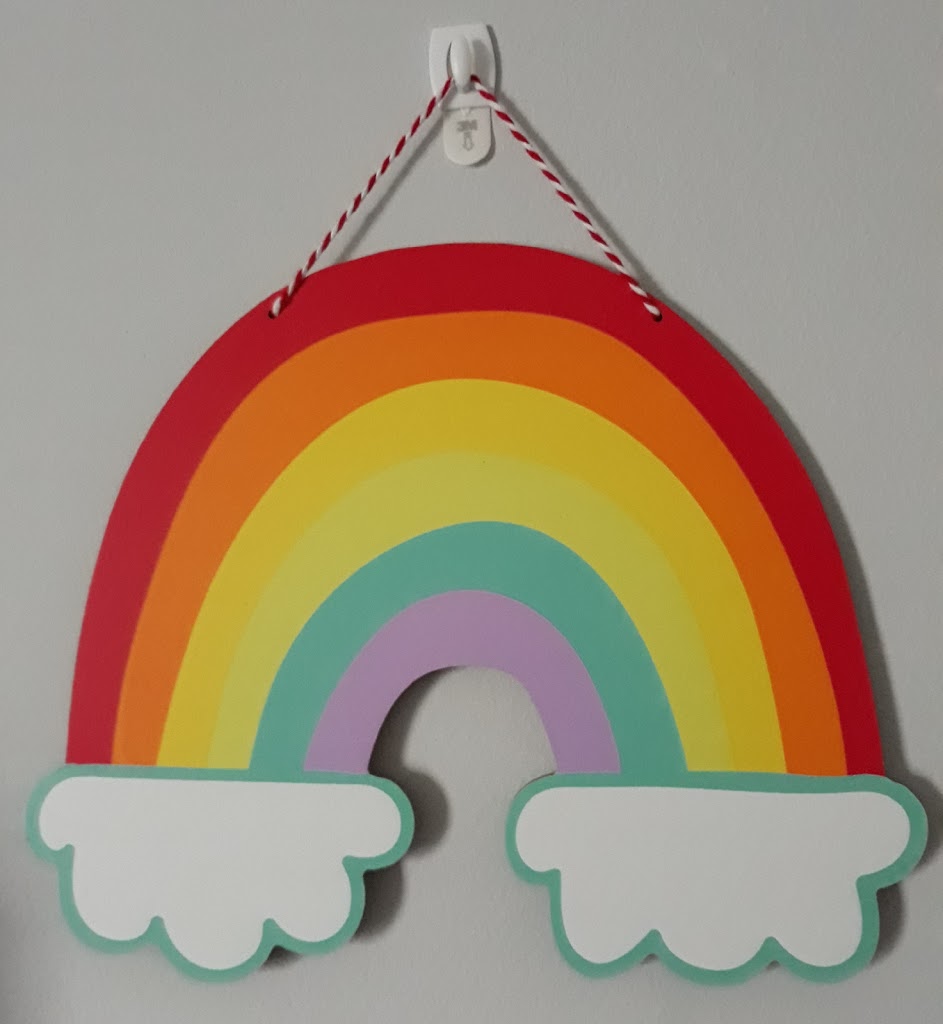 As you may have noticed, there have been some large gaps between posts lately. I am about a year late in telling you this… I was expecting and now have a rainbow baby!

Please note, this post will talk about pregnancy and having a small baby, after having had a loss. If you are in a place where reading about someone’s pregnancy and baby is hard, please consider not reading further. I will not be hurt or offended if you do not read this post.
If you do decide to continue reading, please be aware that I will be posting a picture of my living child in this post, but not until the very end, so if you want to read it but don’t want to see pictures, you’ll be able to. I’ll put in a warning before the pictures.

This whole last year has been one heck of a ride, and very overwhelming. You may have noticed that my posts became very sporadic last summer… We were moving, and things didn’t go smoothly with the move, either, so I rarely found the time or energy to write.

Then at the end of July, I started noticing weird cravings, and my body feeling different. This is the same way I found out that I was pregnant with Charlie – weird cravings! This time it was for yellow summer squash, sauteed with onions, salt, pepper, and garlic powder. I normally hate any kind of squash!

So that weekend, I took a test with my husband standing by for moral support (it was harrowing either way. I’d been trying for a while, and every negative test was an adrenaline spike followed by sadness or anger or bitterness… ovulation tests became a thing of anxiety, and at some point we realized that I couldn’t test regularly, for my mental health. So we were only testing anything if it really, really made sense, and only with moral support). I had geared myself up mentally for a negative result, like so many before, but at the same time, this one felt so different that I was simultaneously sure that this was the one.

My husband saw the result before I did.

It wasn’t pale and sneaky, like some early results, or some of the false positives I’d had over the prior year. This was bold and dark pink, just like the other stripe on the test! I barely believed it even then, and yet it was so certain.

We called our family and close friends right away. We wanted 2 things: a network of support if something went wrong, and also every minute of celebration and hope we could get.

I found, over the course of the pregnancy, that I needed others to be excited, for me, because I couldn’t manage to do it myself most of the time. I was excited, on one level, and hopeful, and yet I was terrified and anxious, and a total wreck.

This was not made easier by the fact that I get very, very ill during pregnancy, with Hyperemesis Gravidarum. With Charlie, we never got it under control, and I threw up for 9 months. This time, after a mad scramble to find an OB in our new town, I got some medications started pretty early. I threw up about half a dozen times a day for the first 6 weeks, but then got the appointment with the OB and got meds started. Although we had to tweak the regimen several times, and it wasn’t perfect at first, we got it figured out to the point where I think I threw up maybe 6 times the whole rest of the 9 months, which is awesome!

But I’d been so miserable the first month or so, that for the next month or so I had NO energy at all. And even after that, you add in the anxiety too, and I wasn’t much help around the house at all. Later in pregnancy I also developed Gestational Diabetes. It does go away after the baby is born, but you are at higher risk of developing diabetes yourself (and much higher risk of having it again for any future pregnancies). I was lucky that I was able to manage it using diet, no meds. But it was once again another hurdle in an already stressful time.

I wish I had been able to write, during those months. If you count backward, you’ll see I did post a few times early on, but nothing related to what I was going through. I didn’t have the words, and now it’s hard to remember well enough to really write about. But I can tell you – the fear was immense. When the baby was too little for me to feel it yet, I feared miscarriage every day, every time I went to the bathroom. When the baby was big enough for me to start feeling it, but not consistently, I worried every time it wasn’t moving. I went to the OB for many extra doppler checks, for reassurance. I am very grateful for an OB that understood the stresses and the extra need for reassurance that I had. When the baby was big enough to start having patterns in its movement, I was “blessed” with a baby who didn’t really have patterns! I was constantly paying attention to the baby, to the point of ignoring many, many other things in life I probably could have been more on top of.

I had therapy every week, like I had been doing since Charlie died. But because we had just moved, I had to find a new therapist. The first therapist I went to was nice, but not a good fit at all. I felt like I got nothing out of those sessions. So it took some hunting, but I found another, who I still see, and who I really like. Sessions with her helped make the anxiety reasonably manageable. Interestingly, I tried attending an online group session for women who were pregnant after a loss, and I found that my level of anxiety was actually somewhat lower than those who attended the group – I actually stopped attending because it made me worry more. The opposite effect of what I needed…

Our plans for the birth were heavily influenced by our experience with Charlie, as you might expect. Toward the end of pregnancy, I was having weekly NSTs (non-stress tests, basically just having a machine “listen” to the baby’s heartbeat, your contractions, and baby’s movement. How they fit together gives an idea of how everything is going). At one of the appointments when I was also seeing the OB, we talked about plans for the birth. I know loss moms approach this in a huge variety of ways. In my case, I was balancing a wish for a very natural approach with trying to minimize risks. We had pretty much decided for an induction a few days before the due date, but at the 38 week appointment, one of the NSTs showed a slightly alarming result: during one contraction, the baby’s heartbeat didn’t slow during the contraction (normal), it dipped after… which can mean issues with the baby getting resources from the placenta (not a good scene). Despite it being a one-off result – all other NSTs and the rest of that one were normal – she didn’t want to take any risks of the baby having a problem. Especially given our loss background – the last thing she wanted was to raise our anxiety or have another tragedy. So she told us that she felt we should not even go home – we should just go straight to the hospital for an induction. Luckily, because that appointment was when we were going to do birth planning, I had my husband with me. The OB gave us some time to talk it over, and unfortunately we didn’t think about stopping for lunch on the way to the hospital! I was induced that day.

I had been somewhat proactive in planning for grief triggers surrounding the birth, so I had a folder in my suitcase with a door sign and a letter to providers, to clue people in about some of the requests I would be making. For instance, we made it clear that this was our second child, and that it was ok to mention Charlie. I asked for things to be explained in great detail to me, because knowing exactly what would happen helped keep me calm.
The birth went really smoothly. They had me on monitors the whole time since the reason for induction was the possibility that the baby wasn’t getting enough oxygen or could have issues (the baby did fine throughout labor). They did a very good job of being sensitive to our requests.
Toward what felt like the eternal middle of labor but turned out to be near the end, everything started going very quickly and my OB barely made it in time! They were having trouble monitoring the baby because of how low the baby had gotten, so they were a bit worried and wanted to make sure the baby had enough oxygen. This was the only truly panicky moment for me, because the way to help the baby get more oxygen is to up the mom’s oxygen – and I have a long seated terror of gas-type masks from a surgery I had as a kid.
The baby came out fine, though I later learned there was a loose cord around neck and shoulder. This did not cause the blip on the test that made us go in for the induction – that remained unexplained.
It was a boy! The OB held him up in such a way there was no doubt! He was a tad slow to respond initially, so some NICU doctors that were standing by rubbed him down and got him good and mad and squalling, while also getting his birth weight (7 lbs 5.6 oz). Then I finally got to hold my little darling.
….
(Pictures are coming up soon, so this is a good place to stop if you want to avoid those)
….
I think I’ll take another post to talk about the hospital stay and beyond. This already covers a lot, what with pregnancy AND birth! I may expound another time on certain aspects of how grief intersected with pregnancy or with birth, as I see how writing about it goes, and if there’s interest. I’d also like to talk specifically about how to support a loss mom going through this, based on my own experiences, for those of you who would like to have some ideas of how to compassionately support your friends who have been through pregnancy loss, miscarriage or stillbirth.
Here is a picture of our Sweetpea ❤️. If only there were a little 4 year old Charlie there too…
Yours,