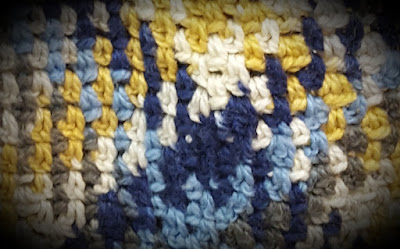 Hi Friends!
I have completed another project that has been in my bag for a while now. It is a scarf, warm and pretty!
Here it is while still under construction: 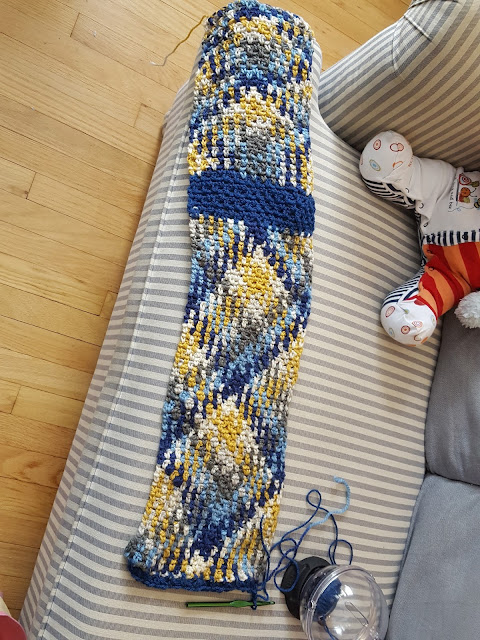 The next picture is the center, which is the first part I did. This is the part with “Planned Color Pooling”, which is when I take the variegated yarn, which has color sections of about 12″ each, and as I crocheted, I made sure that I paid attention to 2 rows before, and made sure the colors were offset by 1 stitch. When I paid attention like this, the colors stacked themselves into an argyle! 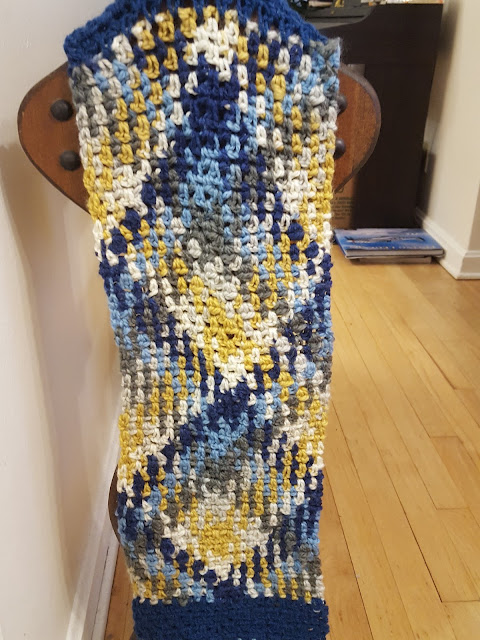 Once I had that section fairly far along, I got tired of the concentration it took to keep everything lined up. So I decided to switch approaches. I tried putting white next, but the yarn I had was thick and looked very strange. But I found a nice solid blue that matched, and split my ball in half, and used half on the still going end to make a stripe, and saved the other half of the ball. Then I took the remainder of the variegated and split it into two balls as well. Using the first half, I just continued the single crochet/slip stitch pattern I’d been doing, but didn’t care about matching up the colors at all. Here’s what happened: 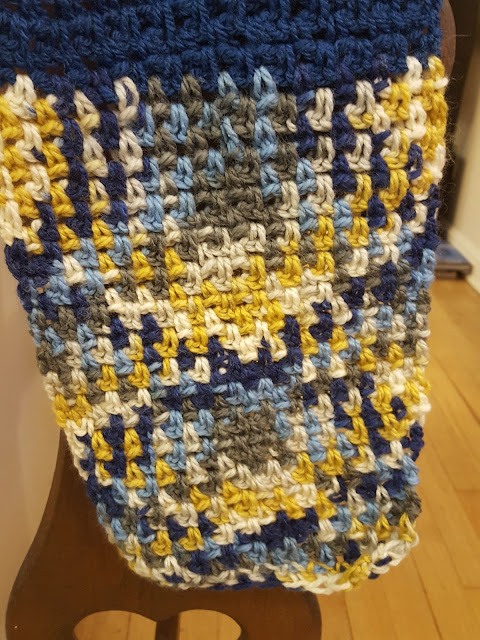 It formed a sort of argyle on its own! I was pretty happy with this, so I turned my work to the other end of my middle section, added the plain blue, and then pulled out the last ball of my variegated. I was hoping it would do an argyle too, to match, but no such luck. At first, it formed a column of dark blue down the center, which looked really weird next to the other sections (I didn’t get a picture of that). So I ripped it out, and started over.
With variegated yarns, the width of what you are doing, the stitch you use, the tension of your stitching, and how much you pay attention, as well as how exact the lengths of color are in the yarn, all affect how the colors come together in a completed piece.
When I re-did it, this is what I got: 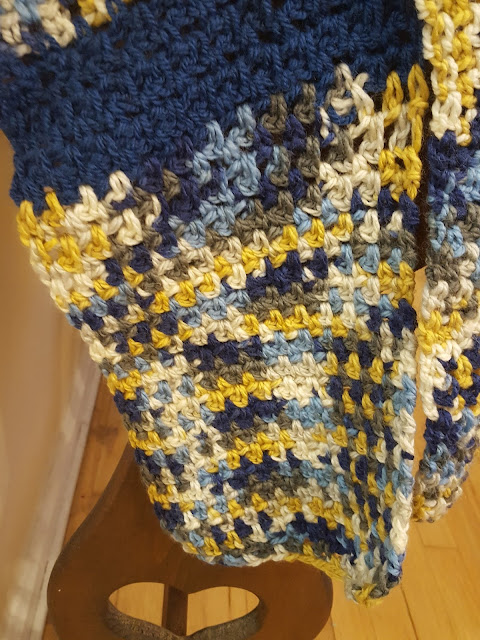 While this is not an argyle to match the middle an the other end, it does at least have the colors spread around, and I’m happy with how it looks. Here’s the completed scarf, marked with which order I worked the sections in, and in what direction: 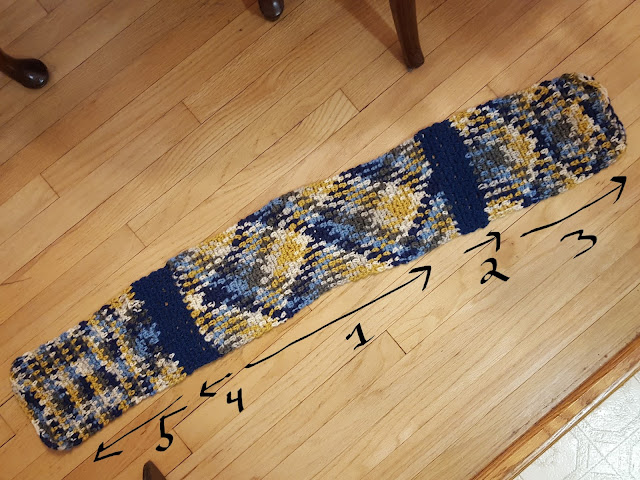 Thanks for reading!! I’ll be posting again on St. Valentine’s Day, so keep an eye out for that!!! 🙂