Recently, La Leche League (LLL, the international breastfeeding help organization) posted some neat new graphics on their Facebook page: little medal/ribbon pictures, with a description of the achievement, so you could post the relevant one to your Facebook wall. Things like “Breastfed for 6 months!”, etc. This is neat, and allows moms to publicly acknowledge their milestones, should they so choose.

Yes, I follow LLL on Facebook. Why? A couple of reasons. My mother is a LLL leader, so breastfeeding support was always around when I was a kid, as was breastfeeding. I support breastfeeding, and my house is a safe breastfeeding zone – if anyone tries to make a mom uncomfortable for breastfeeding her baby in my house, the one doing the criticizing will be asked to leave! But also, it has always been my plan to exclusively breastfeed my children. And since I have not yet had the chance to breastfeed, it’s still in my future plans, and so I want to stay in touch with that community in anticipation of the day I can more thoroughly join.

That said, I have an interesting twist to my backstory. While I haven’t breastfed, or even breastfed, I actually have lactated and done so intentionally, and thus might be considered a part of the breastfeeding community, if tangentially.

You see, after pregnancy, especially if the pregnancy went close to full term, a mother’s body automatically starts producing milk for that child. So when Charlie was born – at full term – my body didn’t know there wasn’t anybody coming to nurse.

For people who have healthy babies and decide not to breastfeed, they will still have their milk come in, and can make some choices about how to reduce the milk or convince their body to produce less. For those who decide to breastfeed, this isn’t an issue – the milk is getting used, and the body uses the baby’s feeding as a cue for production levels.

In my case, I had a really tough situation. I had 100% planned on breastfeeding my baby, and my baby died, and now my milk is starting to come in, and was becoming uncomfortable if I didn’t do something one way or the other.. What do I do? I agonized about it. Many people at this point aren’t aware they have a choice, and suffer through the discomfort while reducing their supply, while also dealing with the grief that can flare up when your body tries to nourish a baby who isn’t there.

The choice I was aware of was milk donation. I’m not sure how I initially became aware of it, but I suspect it’s something I absorbed from living with a LLL leader my whole life. So in the week that we were planning Charlie’s funeral, reeling from the shock of his death, and I was also recovering from birth, I was also agonizing and sleepless when my milk started coming in. I got the name of a milk bank in Columbus from a LLL leader at the group I’d been attending in preparation and anticipation. I sat on that info for a day or two, still not sure if I wanted to pursue it.

The issue I was wrestling with was this: if I decide to pump, that’s something that was intended for Charlie that he doesn’t get to have, and it’s a constant reminder. If I don’t, what do I do? Reduce supply, be uncomfortable while I do, and then not use this glorious ability of mothering that my body wants to do??? For me, all of pregnancy (except for the throwing up part, which was awful) was a purely glorious vision of what a woman’s body can do. To me, an integral part of pregnancy is also the mothering that the body can do post-birth (i.e. milk).

I eventually, one sleepless early morning, called the milk bank (I used Ohio Milk Bank, run by Ohio Health in Columbus, but there are others). I talked to a wonderful nurse, and explained my situation (I’m by far not the only one in those shoes to have called). She listened to me, to my hesitation, and was very helpful in being receptive and not pushy, answering my questions, and walking me through the whole process. Because there is a bit of a process… including getting an insurance-funded pump, a blood test, and some paperwork. She even walked me through the first steps I could do over the phone, and sent me the rest that day.

It was such a relief to have a decision. I decided to start hand expressing in the meantime, so that the milk would keep coming but would not make me uncomfortable. I was able to get the pump pretty fast, and the materials like milk bags and a shipping box were provided for me. Once I was approved, I was retroactively approved so that any milk I’d already saved, within certain dates and if I’d saved it safely and stored it properly, could also be sent in! Gosh, I was so set on exclusively breastfeeding, that even now, 2 years later, I’m still kind of shocked I own a pump. I’m really glad I got it, and that I could do this, but it was far outside of my mental picture.

I got the pump just before the 4th of July holiday, which ended up being complicated, since it turns out the standard flange wasn’t the right size, and I got really sore. Reaching out to a lactation consultant is tough on a holiday weekend, but I got in touch with my best friend, who had been a pumping working mom, who helped me figure things out. Unfortunately, the flange size I needed was tough to find and not in most stores, but I was able to order it and get it in a few days later, and while still sore, I could tell it was an improvement, and eventually ended up working fine.

At first, pumping was emotionally tough, too, because the milk was supposed to be Charlie’s. I’ve had lots of people who hear about this tell me that I was helping other babies – true, and that was definitely important too, but to me personally, emotionally, the most important part was that this was an experience I’d planned to share with my child – and holding on to any aspect of similarity to my original plans was helpful to me. So for me, lactating, even if not quite in the form I’d intended, was a piece of my plan I didn’t lose, as opposed to all the pieces of our expectations that were completely dashed. And having some things that are similar is really, really helpful. So much of the loss, to me, was redefinition of purpose. I was supposed to change diapers, and nurse, and wake up at odd hours – but I wasn’t supposed to not do those things. So finding ways to sort of still do them was healing, as was figuring out who I was now, post-loss, and what my new purpose was (memory-keeping, and also focusing on healing and self-care both emotional and physical. I still work on these things).

I pumped and donated for about 3 months, which meant I “weaned” about 3-1/2 months after Charlie was born, in early October if I remember right (the difference in dates is because of the decision time and approval process etc.). I started out pumping 3 times a day, eventually tapered to 2, and then 1… and eventually decided to stop, once it was more of a chore than a purpose. I think my total was about 200 ounces. The amount was not the point, but I still kept track. Since I wasn’t pumping as often as a baby would have nursed, my production was not as high as it would have been, but per session was still about normal. I found the whole process of lactation to be exciting, to see what my body knew how to do!

Towards the end of the time I was pumping, I’d found a mom group that accepted me and my story with open arms, and I’m still in close contact with several good friends from that group. One of the lovely ladies in this group is a jewelry maker, and she makes resin “stones” with inclusions, for memory keepsakes. For many, this might be breastmilk from feeding each child, or a lock of hair, or some such. I’ve seen some people who include flakes of the birthstone of a particular child, who is now outgrowing breastfeeding, and for those with a loss, I’ve even heard of including the baby’s ashes.

She suggested her services to me, making it clear that she had some funds set aside to essentially “sponsor” me as an angel mom, and it would be paid for, via The Angel’s Wings Project through A Mother’s Dream¹. So I took the last ounce and a half I pumped, and picked out a design – and she made me a lovely necklace, with a heart pendant, on which is a resin “pearl” made of dried Charlie’s milk. I’m wearing it as I type this, actually. It’s one of my favorite pieces of jewelry ever, and means so much to me.

I’m really glad other babies got to benefit from Charlie’s milk, but for me, for my heart, this was all for Charlie, and I’m so glad that our relationship could continue in this way – even if not quite how I’d pictured.

So back to that LLL post about breastfeeding “awards”. For some reason I decided to scroll through all of them, just to see who they included. Guess what? Me! I cried as I found these. Thank you, LLL, for recognizing the situation I’m in and the relationship I built with my baby through lactation, non-traditional though it may be. 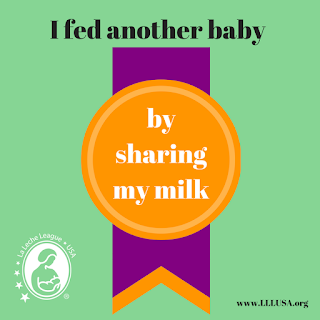 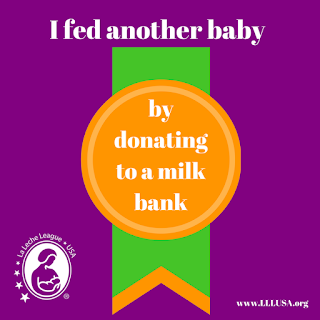 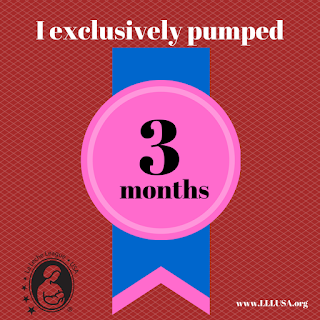 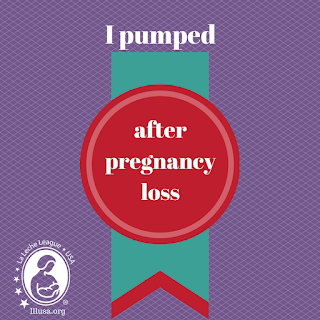 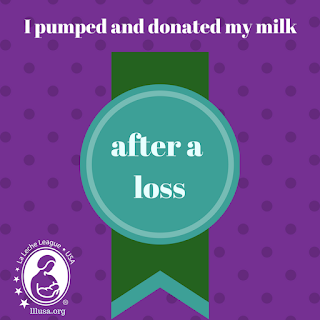 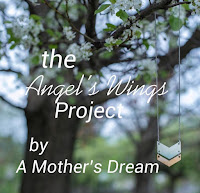 ¹ Information from A Mother’s Dream: “The Angel’s Wings Project was created so that with every keepsake order placed, we donate a percentage of our sales to this project. We are then able to create keepsakes for our moms to angel babies.
By ordering your own keepsake with A Mother’s Dream, you are helping us offer added support to all of our amazing families and provide precious keepsakes to our loss families. The more we share this project, the more we reach families that leave an imprint on our hearts ****please remember there are a limited number of spaces available every month. Photo credit: @opus images“