I want to thank every one of you who lit a candle for a baby that was not your own, especially if you haven’t lost a baby yourself. If you think that one candle doesn’t make a difference, it does – to me. I think, it does to any parent, who now knows that their baby is remembered, which is such a huge fear – that the baby will be forgotten. That candle matters. Your thoughts of the baby matter. Thank you.

Last year, I realized that there are so many babies in the cemetery, and I don’t know if candles are lit for them. So I decided that instead of lighting a candle for them in my house, which I could do, I’d give them each their own candles. Due to budget constraints, I only made 19, but I could easily have placed 3 or 4 times that many, just in the cemetery where Charlie is buried. They have a baby section, but there are also many babies buried with or near family, too.

While real candles would have been pretty, I would not have been able to light them (timing, wind, rain, plus open fire — plus also the fact that rabbits or squirrels eat the candles). I also didn’t want ones I’d have to switch on, since they’d then go out again. I found solar powered candles, that go on when it’s dark and off again when it’s light! I’m not sure they survived the super soggy day I placed them, but I hope they did.

It was a pretty miserably wet day. I placed the candles after the funeral nearby had finished – while I’d seen preparations for funerals before, this was the first time I was there during the ceremony. I found that the universe’s timing was super crummy.

I did have a lovely chat with a groundskeeper, though, who had no idea about pregnancy and infant loss awareness, and promised me that he would light a candle for Charlie. He specifically checked he had the name right, for Charlie. His candle wouldn’t make a difference, though, he said. I assured him it would – to me. That to me, his thinking of Charlie means a great deal.

On the way home, the radio happened to play a song I played a lot early on after losing Charlie, because it makes me feel like I’m rocking Charlie’s spirit to sleep – Rock Me Mama Like a Wagon Wheel. This felt serendipitous. I don’t generally attribute things to deistic intervention, but at least with this I could say, “Universe, this timing was good”.

That evening we lit a whole flotilla of candles – I didn’t count this year, but this amassing of candles represents all the families I know who are affected by it, every grave I’ve seen where there is only one date, or the dates aren’t separated by much, all the families and mamas I’ve come in contact with online, and, of course, my Charlie. 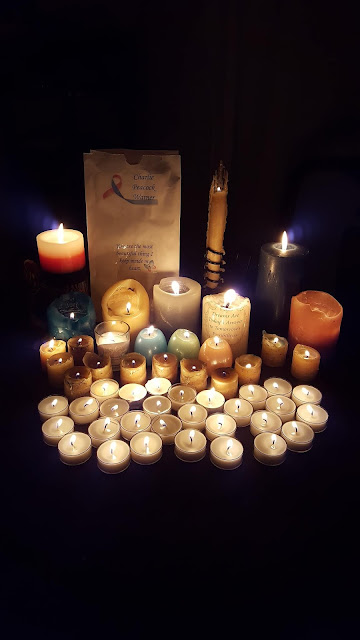 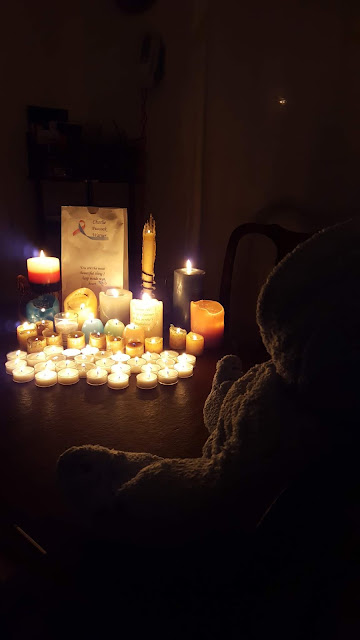 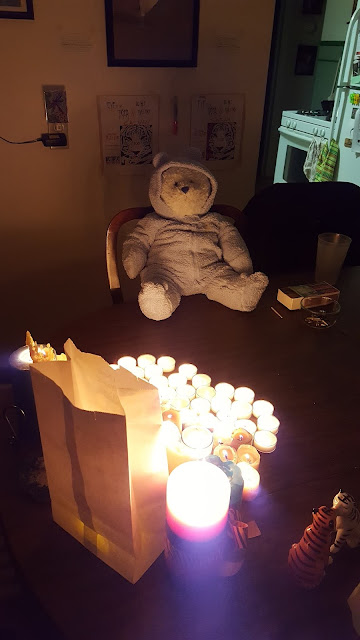 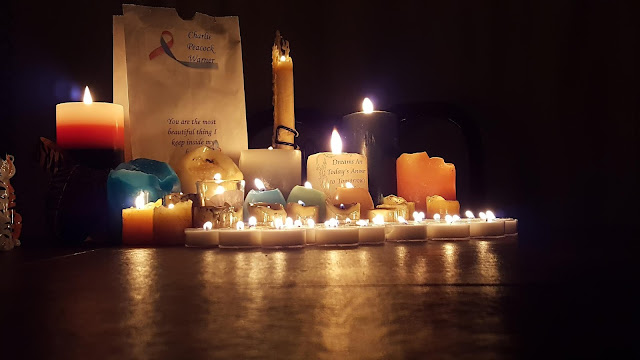 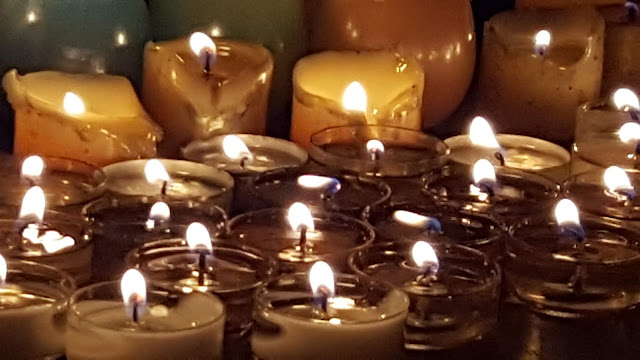 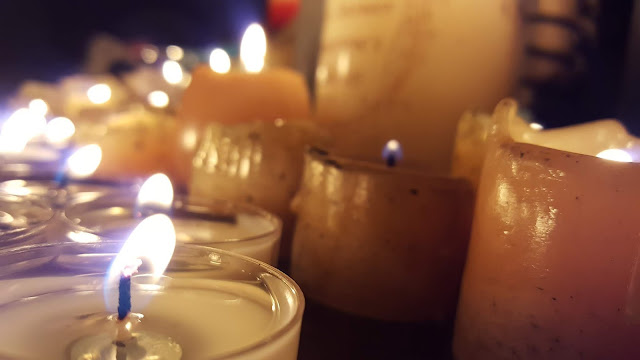 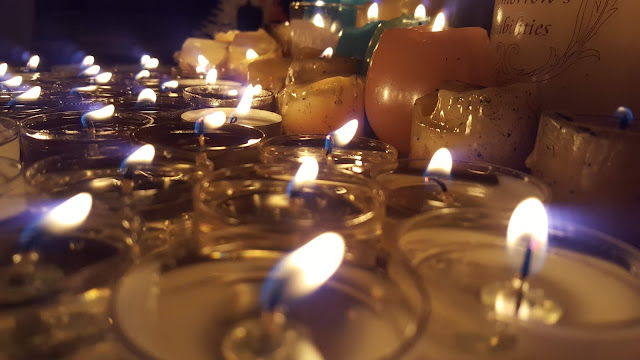 There were so many and so close together, we actually melted the edges of some of the tea lights, and some of the larger tealights melted and made a puddle. I spent the rest of the evening making beeswax jar candles. I’ll think of our babies every time I light them. 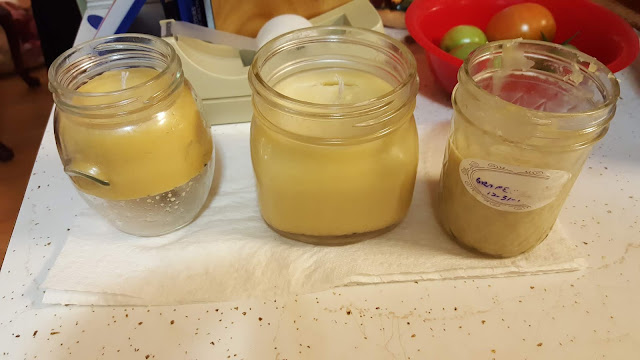 With much love to every babe not in arms, every grieving mama, papa, and family member, and to every heart that needs a little extra love.