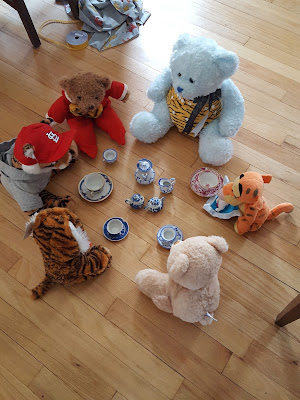 I promised pictures of the non-tigers… so here we go! 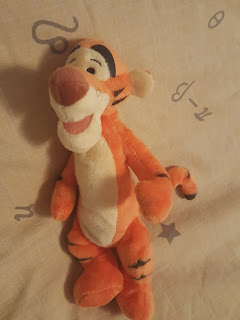 Oh, well actually, first is a new tiger to the bunch! He’s a Tigger, but since we already have a Tigger, this guy needs a name, or at least some sort of nickname to differentiate him. He’s about 8″ tall, and has some beanbag material just in the bottom, so he can sit down. 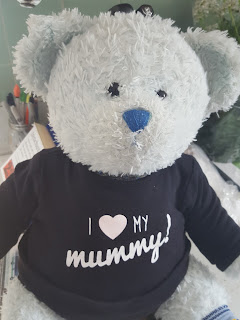 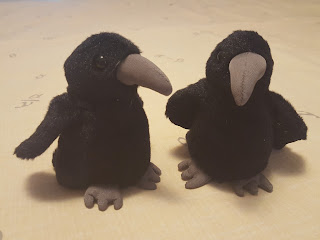 These are Huginn and Muninn, named after the ravens that accompany the great Norse god Odin. These ravens are little, though! They are perfectly sized to sit on Pookie’s shoulders. Pookie wanted to be Odin for Halloween last year, but I was sick over Halloween. Maybe next year?
We got these lovelies at the Carolina Raptor Center in NC, which is pretty amazing. 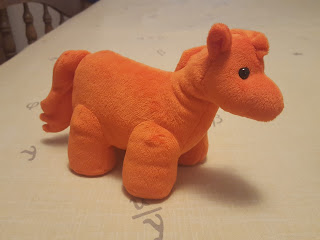 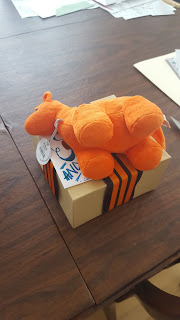 This is Dragon, the horse. He is from a care package box we got from Umbrella Boxes. At first we couldn’t decide which he was… the fact that the mane and tail are made in one piece reminded us so much of a dragon that despite eventually deciding he was meant to be a horse, we named him that way! 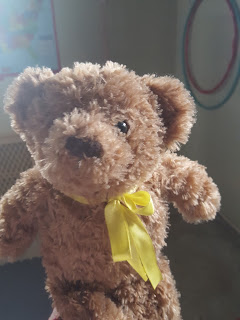 This is Dexter. He’s amazing and wonderful, and my best pal for the first few months after Charlie died. They gave him to me at the hospital, and his tag said he is a “Peace Bear” (named after another little baby who died), and was meant to give me someone to hold since I couldn’t hold my Charlie on the way home. (Not sure if it’s this Peace Bear organization or not. I’ll have to check and see if I still have his tag.) 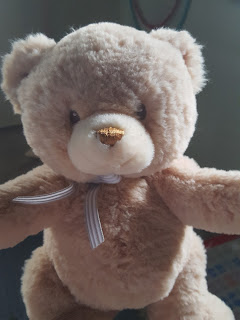 Dylan Bear is named for the giver. This bear is super soft and squishy and huggable! He spent quite a few days at the cemetery (in a bag to keep him dry, of course!). Most of the animals end up keeping me company more than Charlie, but right now there are 2 at the grave, so I guess I do try to keep him from being lonely. 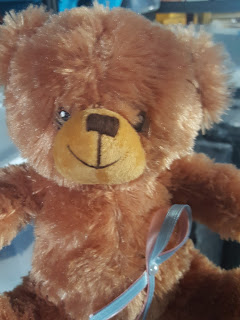 This bear doesn’t have a name yet. It also came in a care package, this time requested from Good Mourning Bears. 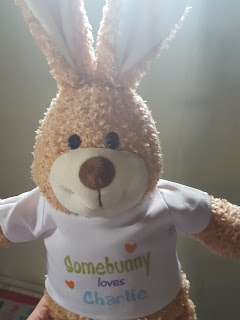 This is Charlie’s Easter rabbit from last year. I saw an ad in some ad flier about personalized rabbits, and it just seemed perfect. He’s not exactly named. Maybe Bunny? Seems a little basic, though. 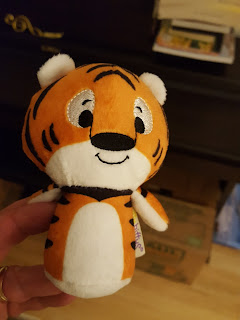 Oh, and this is another new, nameless, tiger! He’s currently visiting Charlie, as is an angel-bear that I don’t have pictures of. These are both toys I bought for Charlie, which are also sized appropriately for Pookie to hold!