(Topic: Grief during the holiday season) 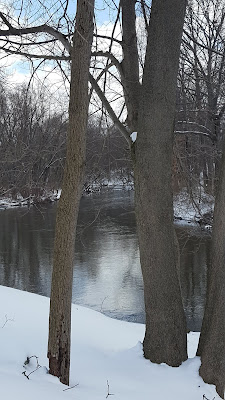 This last Sunday was the first day of Advent. In my tradition, both in my family growing up and in my church theologically, Advent is the season of preparation for Christmas. Christmas doesn’t start until December 25th, at which point the Twelve Days of Christmas start (remember the song?), and culminate in Epiphany, which is when the Wise Men arrive.

Advent has many aspects and many meanings, and I’m not a theologian, so I’m not going to go into most of them here. I’ll mention the parts that are relevant to my experiences in this time of year, particularly with how it is affecting me since Charlie died.

One of the frequent themes of Advent is hope. I think it’s multi-pronged, since part of it is the very physical hope and anticipation of a baby’s arrival, and the other aspect is that since this is not the first retelling of the story, we all know who the baby is and what he grows up to do – so it’s the anticipation and hope of the ultimate Christian redemption through Christ. For me, the first one is harder to bear, as you might imagine.

Currently, being around pregnant women is extremely hard to bear. For one, I was once there, and then I didn’t get the baby at the end. For another, we’d like to have more children, but right now that’s not happening. It hurts to see them, and my heart reacts with jealousy and pain. While Pregnant Mary is not always a strong theme in every church’s Advent or in every service, it is a theme that is omnipresent simply based on what Christmas is as a holiday.

The Advent during which I was pregnant – 2015 – was magnificent. I noticed things about the story I’d never seen before, and identified with Mary in ways I never had.

The following Advent was hell.

Every word, every nuance, seemed to say that I should be holding a baby, that I should understand that anticipation and joy that would come on the eve of the 24th. I was miserable and hated it. This isn’t to say I was a scrooge. I still found things to enjoy. We found ways to incorporate Charlie’s memory in our holiday. And Pookie arrived, fluffy as he has never been since. But overall, I was deep in grief, and the theme of the holiday was the hardest possible theme there could have been.

At this moment I’m not sure when I first started looking at pictures of Mary. I’m not of the Catholic denomination, so she’s not a focal point for the worship in the church I grew up in or the one I currently attend. But representations of Mary in art interest me, showing parenting in an interesting light both religiously and in the era of the artist.
I’m pretty sure that during that first Advent without Charlie, I took great interest in looking at pictures of Mary pregnant. Right now I wouldn’t be able to stand the sight of them. Our sensitivities can change, as loss parents, as to what hurts the most or reminds us the most of our child or that he is not where he should be in our lives.

The second Advent, 2017, I don’t remember much distinctly, except that it was hard, and that I think we missed several church services due to work schedules and such. I remember being very ok with this. I generally like being part of the Advent cycle, if for no other reason than to distance myself from the commercialism and silliness that crop up the instant we put down the carving knife on Thanksgiving day. But when it does nothing but make you sad, it becomes hard to rationalize going.

I think that year is when I started collecting pictures of Mary breastfeeding (there are a lot, and stunningly beautiful, from throughout the ages). I would still have been breastfeeding, had Charlie lived. Maybe I was missing that. I wish I had written more about how I felt, but I can’t remember a lot.

This year, I have not figured out the best way to approach things. I cried through the whole service on Sunday. The mere idea of Advent had me a soggy mess by the end of the first hymn. There was nothing specific in the content of the readings or the sermon or even the hymns. But the fact remains present to me, that this holiday is based on anticipating the healthy arrival of a baby, and that my story does not parallel.
The young children in my church are involved in setting things up for the later nativity scene, and paraded in sweetly together. That hurt my heart too – since I can’t help thinking that I should have been shepherding a chaotic 2-year old through that process. Instead, I held Pookie and wept into his head. Too much, this holiday shows me the empty outline of my son, where he should be standing, should be singing, should be eating, should be making a mess, should be, should be…

I don’t know what I will think next year. Or the year after. I can hope that the outline of Charlie will hurt less to see, and that someday I can be happy for Mary, even if I’m not happy with Mary. But right now I’m sad, and I miss my Charlie.

Please remember all the little ones missing from their family’s lives this holiday season. Remember them, and I can’t speak for everyone, but for us, it means a lot if you include Charlie in a gift or a card, or just mention his name. I’ve heard many people feel the same way. We fear that they will be forgotten, since they are invisible.

Thank you, and be gentle to all who might be in sorrow this season.