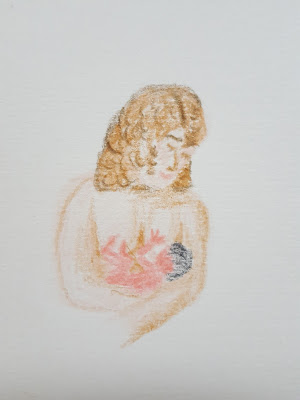 So just recently, a friend of mine had an experience that made me upset (and her more so). She was told by a relative, who had not said anything prior to this, that breastfeeding in “public” (in this case, at his home) was not ok. Could she please be more discreet and do it in another room?

This troubles me on several levels. These are not listed in any particular order.

First of all, satisfying the male.
Second, removing the act from view, and non-normalization
Third, isolating the mother.
Fourth, ignoring the child’s needs.
Fifth, making their protest age-dependent.

Breastfeeding, by its very nature, is something only a woman can do. There might be isolated medical cases you can cite to the contrary, but under normal conditions, only a woman can do it. I believe that it is this reason, similar to menstruation, female orgasm, and masturbation, — in other words, things that might be uncomfortable for a late 19th century male to think about — that breastfeeding is a semi-taboo topic in our western American culture, and why, in our culture, we ALLOW men to “feel uncomfortable” around breastfeeding. And – here’s the kicker – we allow that discomfort to tell us what to do. Why should a man’s discomfort take precedence over the health and well-being of a child? A man would not force a 5 year old to drink apple juice in another room because “apple juice for a child makes him uncomfortable”. The child needs fluids, and if the mother and father decide that their child needs a meal, or a drink, or other PARENTAL CARE – than it is not in the purview of another man to whine about their parenting and to force them to do it his way.

Second: Removing the act from view, and non-normalization.

If we persist in saying yes to these requests to satisfy these males’ slight discomfort, and hide breastfeeding away in special “breastfeeding rooms” and bathrooms and bedrooms and under covers, then people don’t get used to it. If people won’t get used to seeing it, they won’t get used to the idea that breastfeeding is a normal – in fact, the normal – way to feed children. It is ideal, in so many ways there is not room to list them all. Biologically, even the best formula doesn’t live up to the adaptability of breastmilk, and the closeness and emotional stability nursing gives the child. So why do we not consider it to be the best way, and all others are good options for when breastfeeding is not possible, for whatever reason?

By asking the mother to move, rather than letting her choose time, location, and level of coverage, the mother is left out of many activities and ends up very alone. If the mother chooses, then it is her choice, and she may be using the nursing time to have some quiet/alone time – and that’s fine. But if it is forced on her, it becomes unwanted solitude. This is not fair to the mother, who is part of the society and community in which she is nursing, especially if it is her family or in-laws. And it is not fair to the child, either, especially if they are slightly older, since they learn that their way of eating, connecting with mom, and they themselves, are not welcome.

If a child has been raised as a breastfed child, no person (or man’s) discomfort or request can take away that this is how the child is used to being fed, comforted, and hydrated. To make the request that the mother nurse the baby in another room could potentially cause the mother to put off the nursing session and delay the child’s needs. This is not fair to do to the child.

This is a fascinatingly culturally dependent objection. Many people in the United States have come to realize that nursing for the first 6 months to 1 year is recommended by the medical community and may be a very good idea. What many Americans do not realize is that in many other cultures it is perfectly normal to breastfeed into toddlerhood, and not only gives them a healthy, safe food, it also gives them the haven of Mommy to come back to periodically while exploring the world. This makes the child more confident in their explorations and sure of themselves, if they have a safety net. The U.S. is not used to this idea. Unfortunately, many people – particularly males, interestingly – act ok with small babies breastfeeding, but start to act uncomfortable when the child gets older. However, the benefits to mother and child DO NOT CHANGE just because the child passes a birthday. The mother and child will wean when that mother and that child are ready. And it is NEVER the purview of a non-parent to object to the parenting choices of others.

PLEASE, friends, support all nursing moms. They are trying to give their babies the best, and do not need an entitled male to make the difficult job of parenting even harder.

Oh, and by the way: it’s LEGAL, in all PUBLIC SPACES, in OHIO. So if anyone tells you you can’t, at a place like a library, a mall, a restaurant, a park, etc: tell them that it actually is your right per Ohio Revised Code § 3781.55. So there.