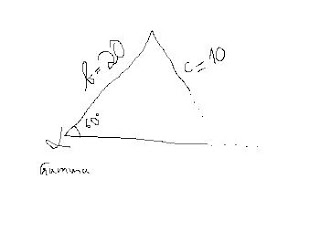 The Statistics of Baby Loss

This is going to be a brief explanation of the statistics of baby loss you may see floating around. Some are true, some are false, and most are simply a little misleading unless you hear where the numbers are from. I will be including my sources wherever possible.

“I’m the 1 in 4“. You hear people say that 1 in 4 women experiences pregnancy loss (i.e., miscarriage or stillbirth). It turns out that this statistic is based on number of pregnancies, not number of women, so what it means is that 1 out of every 4 pregnancies does not successfully result in a live birth. I am working on finding out if this includes pregnancies where the mother didn’t yet know she was pregnant (in which case, it would be a smaller percentage of known pregnancies, since many pregnancies just end up being the next cycle), or whether this is just from known pregnancies, in which case it’s a very high number. I’m also looking into whether this statistic is world-wide or just the US. I’m having some trouble finding the data on this today, but I know it’s out there.

Miscarriage A pregnancy loss in the first 20 weeks of pregnancy

Stillbirth A pregnancy loss in the 20th week and beyond (in the US) or 25th week and beyond (Global Health Organization standards) – but the baby is not born alive (https://www.cdc.gov/ncbddd/stillbirth/facts.html). According to the Center for Disease Control (CDC, an American agency), about 1% of all pregnancies end in stillbirth. According to the World Health Agency (WHO), it’s more like 1.8%, and much of it preventable (http://www.who.int/reproductivehealth/topics/maternal_perinatal/stillbirth/en/). This cool data chart (GHO Stillbirth rates by Country) lets you look up rates world wide. According to this chart, the percentage in the United States is about 0.3%. There are some countries with high rates like 2.25%, and others with low rates (Iceland, for instance, at 0.13%).

“There are 25,000 stillbirths a year” Just about, if you only consider the United States. According to the CDC, the data from 2013 shows that 24,000 babies are stillborn each year in the United States. According to WHO, “Every year, worldwide, […] 2.6 million babies are stillborn” (http://www.who.int/mediacentre/news/releases/2016/stillbirths-neonatal-deaths/en/).

Obviously, this barely scratches the surface, and I will be doing a follow-up post at some point, with more details.