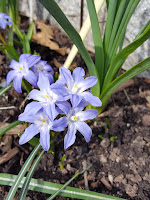 Over the past few days, I ran into some difficult questions. Ones I’ve had asked of me before, but they have been ones that are tricky to reply to. I want to share a little success story, because I’m really happy with how I managed to reply. That said, I’m going to make sure that there are no names or identifying information, and reduce it to more of a “type” of situation, so as to not put anyone on the spot.

The first issue I want to address is actually about posting on social media. A friend posted some pictures and screenshots of a discussion, regarding certain aspects of infant loss. She put a warning at the top, something like “caution, trigger, post contains infant loss”, but then because of the way that particular site posts, the images were still visible without having to click to open more of her post. Because of that, it meant that the potentially triggering discussions and images were very visible, and, at least for me, were very triggering.

I went through several stages of response. My first was anger, frustration, and deep grief. My next was to consider reporting the post. But I generally agreed with the post, just not how it was showing up! So after wrestling with the fact that I was emotional, and didn’t want to do anything hasty, I reached out to the poster.

That, right there, is part of what I’m proud of. I honestly feel that most issues can be resolved by one-on-one conversation, but it can be really hard to work up the courage to even start the process.

I started by explaining that the post was showing up that way, but also mentioned why I found it triggering: that it was an emotional subject and some of the screenshots contained emotion-laden replies; the images were pretty strong, and the topic as a whole was pretty heavy stuff. I tried to make sure that, as I was telling her, I included that I was not objecting to the post, per se, nor to the content… simply to the fact that I couldn’t un-see it.

Because I started off calmly and rationally, and assumed good intent, we were able to have a calm and respectful and considerate discussion, which resulted in her choosing, of her own accord, to remove the items, because she could not figure out a way to conceal them. It also resulted in me reaching out to the hosting social media site, asking that they create a feature that would allow a person to choose to mark part of their post as something the reader has to choose to reveal rather than having it thrust upon them. I’ll let you know if I get a reply! (plus, seriously, this would be handy to help avoid movie spoilers, too!)


The other conversation I had – and I still struggle with how to handle all the variations of this question – is the “well, are you going to have more kids?” question.

This one is tricky, because it can be intended a lot of ways, it can be received and interpreted a lot of ways, and even worse, can be phrased so many ways. Most seem to hope to see my pain lessened, and think another child will help, or are just curious, or hope that I’m healthy, but some seem to think that my Charlie can be replaced, at least in some senses. Many people who ask this do not even consider the fact that some people don’t want more than one child, and this might count as that child, and most people don’t consider the difficulties of infertility, which can be interwoven with the answers that might go through our heads. And they often don’t realize that they are asking some pretty personal health questions.

As for the conversation I am proud of, though: it happened with someone that I haven’t seen since before Charlie was born, and as she remembered who I was and put me into context, she asked me if we were going to have more kids. In the past I have responded with a variation of “well, we’ve always wanted a big family….”. But depending on how they ask, that doesn’t always feel sufficient, and in this case, I knew her from a religious context. So I am proud I actually had the presence of mind to say “Well, actually, that’s a complicated question.” This made her think for a moment, and gave me some space (which I have found to be a crucial piece for me) and allowed me to gather my wits and couple it with the reply of “it depends on God and other circumstances” and then my usual “but we have always wanted more than one child.” I think that’s my best combo so far.

*Note. I’m aware I don’t have to reply to this question. I don’t owe anyone a discussion of my fertility, uterine health, sex life, or even family plans… that’s between me and my doctor and me and my husband. But at the same time, I’m balancing my own privacy and comfort with still being tactful and polite, so I’m working on developing replies and responses that are calm, considered, polite, and right for me. Each person will have different circumstances, questions, and issues they wrestle with, and different ways they decide to deal with them.

These are just some thoughts on how, over the past nearly-two years, I have grown and learned what common questions are; which ones are hard for me; and the fact that having the chance to have some space to think – and maybe have the other person think – (by saying “excuse me?” or “that’s actually complicated…”) is very helpful for me. I’m not in the same headspace as I was last year, and my grief has changed shape. I would not have been able to respond this way last year.