Why All the Tigers?

Dear Friends,
You may have noticed that tigers come up in many of my posts. If you click on the menu symbol in the upper left and find the keyword search, you can click on “tiger” and see all the posts I’ve tagged as tiger-related!
So… why so many? Why is this a theme? It’s not even my favorite animal!
Take a guess. It’s all about Charlie!

When Charlie was inside me and was still a happy, healthy child, he was very active. He kicked so much that we nicknamed the baby Tigger before we knew if it would be a boy or a girl! When he was born and we had to start planning the funeral, that’s what leapt to mind as his “symbol”. His headstone has a lovely sketch of a tiger cub on it – we ended up not wanting to do a true Tigger (Milne or Disney), but loved a picture I found online of a cub sleeping. Our little cub is forever sleeping. 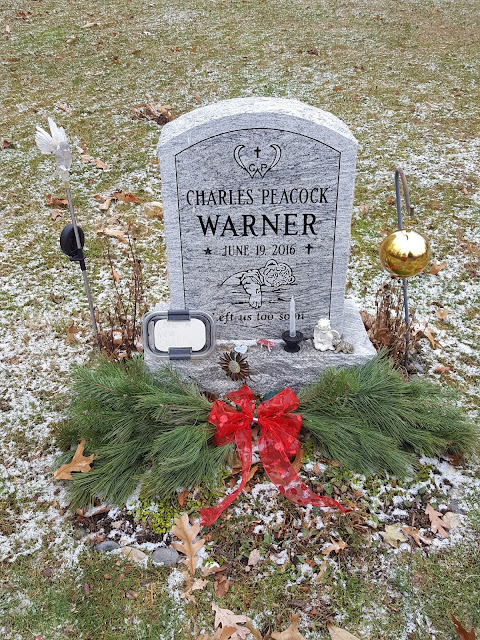 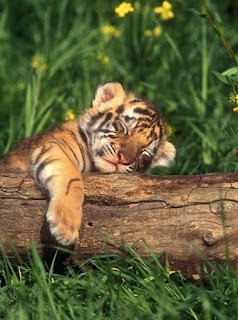 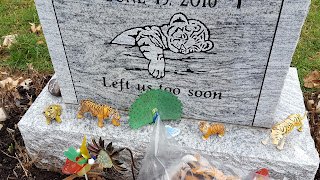 Many loss parents end up with a symbol that represents their child. It gives them a concrete way to remember them and to see them in their everyday lives. I know several for whom butterflies are important, one for whom angel wings are the symbol (both of which many loss organizations use too), and one for whom sea turtles are particularly special.

In our house, this means that there are many things that are orange, or black, or both, and many things with tigers on them too. Also, we have a growing collection of stuffed animals… Pookie, of course, whom you have met, but also a few other bears (who I will introduce in another post), and many, many tigers!

Below are pictures of each tiger and their name. I hope you enjoy these introductions! 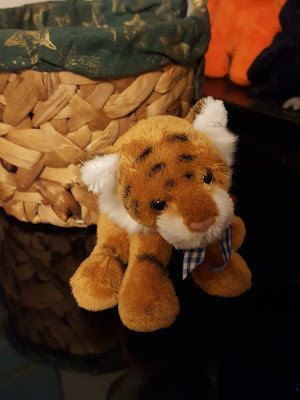 This is Kitten. He is actually about the size of a kitten! No claws or teeth, though. Just lots of cuddles.

Because of his size, he’s one of Pookie’s tigers.

I found him at Walgreens, didn’t get him, really wanted him, went to another Walgreens, I think, and got him… and a matching white one, which I gave to my friend-niece for her 2nd birthday! Must have been around July 2017. 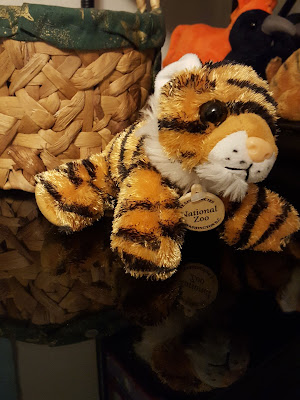 This tiger doesn’t have a name yet! It might be a girl, but I’m not sure. This one is a hair bigger than Kitten, so this is Pookie’s other tiger. I got it at the National Zoo in DC in late October 2017. If you have name suggestions, put them in the comments at the bottom of the post! So far all I’ve come up with is Zoo-ey… which is ridiculous… 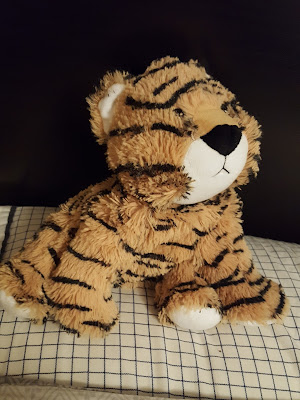 This is Lavender. We got him as a Christmas present from one of my sisters (2017). He’s filled with flax seed and lavender (we were sleepy when we came up with his name), and he can be heated in the microwave to be a hot pack. Or, he just smells nice when we snuggle 🙂 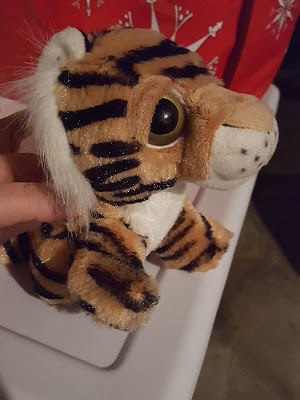 This one has no name. He’s very sleepy and very tippy. He fits well under Pookie’s arm, but if on his own, he just falls on his face, since he’s very large-headed. 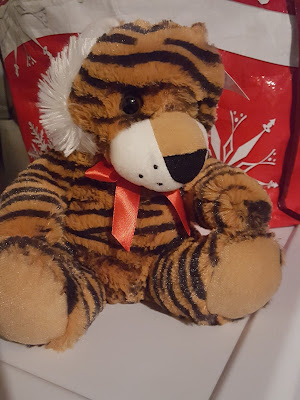 This is Euonomos, and he’s named that because he looks just a little to the left, and that’s a Greek word I found that has something to do with “left” and “good”. Any Greek speakers feel free to comment with a better explanation, how to add the diacritics, and any other useful info! I’m thinking Ono, like the speed skater, might be a nice nickname.

We got him Valentines Day in 2017, and he sat with Charlie in the cemetery for a while (in a bag, to protect him from damp). 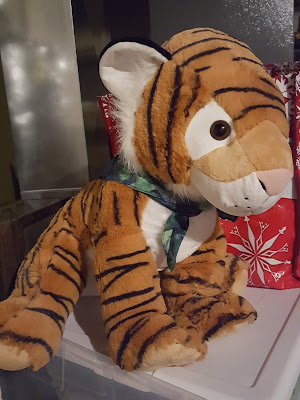 This is Blake. Click here to see the poem and poet he’s named after! He’s big and snuggly, nearly 2 feet tall, I think. We got him sometime in the first half of 2017, I think. 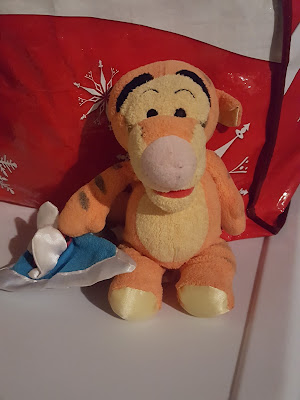 Unsurprisingly, this is Tigger. He’s super special, because he’s from my friend-sister, and her children played with him when they were small. He’s well loved, and has a rattle 🙂 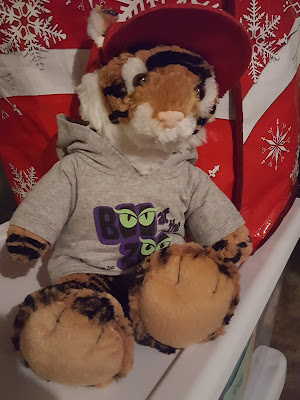 This is Daniel. Interestingly, I didn’t name him, but I’m the one who enjoys Mr. Roger’s Neighborhood more… He’s not named after the new animated show.

We got him Halloween 2016, in St. Louis. He’s a Build-A-Bear, and they are headquartered there. Not all locations have their wild animals, but there’s a Build-A-Bear in the St. Louis Zoo (which is a free zoo, by the way, and totally awesome) that has a bunch of the wild animals. There is also a tiger CUB I saw on their website, but I don’t have that one yet.

PPS. There may be more tigers coming this summer… Watch for that!